Roadmap to a Network State.

This is Part 3/5 of my essays on the Network State for the Tech Progressives Writing Challenge, also join build_ to connect.

In Part 2 we established that every Network State will probably have a different purpose. However, the first Network State(s) will also have another sub-purpose, not so pure, but crucial for the future of the concept. This purpose is to become too big to fail as fast as possible, while flying under the radar for as long as possible, similar to Bitcoin. In order to understand and visualize the proposed roadmap better, we will explain it using a specific example. We will use the Network State of tech progressives: 1729.

These will be the milestones in terms of population of the roadmap for the sub-purpose of becoming too big to fail:

Let’s start off with the first number: 117. This is the average number needed for a minimum viable population. Also Dunbar’s number says that a person can maintain around a maximum of 150 social relationships, which seems to be a good fit.

We believe that it is important to build the most crucial infrastructure first. Thus, we need a self-sustaining place to start off. Thus, if everything fails the most crucial things a tech-progressive needs are: water, food, shelter, electricity, internet and tech. Everything else, like education, work etc, should be put online in order to access it anywhere & anytime. Therefore we propose to crowdfund a farm. An established farm, near a natural water source, not too far from a bigger industrial city with mild vegetation would be perfect. Such a farm would provide enough space for additional housing to build a self-sustaining agricultural system with potential renewable energy supply.

In order to be distributed, we need at least 2 of these farms per continent. Thus we need around 1729 people. Once these back-up farms start to be self-sustaining, the tech progressives can aggressively start recruiting citizens in cities. On every continent there should be a starting population of 117 citizens in the 20 biggest cities. Thus we need around 17290 people. Now in case something goes wrong, the citizens can easily move from city to city. For emergencies the citizens can always escape to the self-sustaining farms. By now the farms should be big enough to support around 500 people and are perhaps already delivering fresh nutrition to the citizens in the cities.

Finally, once this distributed system of locations is set-up, the growth stage can begin to reach the goal of the roadmap: 117290 citizens. If we really manage to reach this goal that would mean that we would have a location in every city with more than one million people around the globe. If this goal would be reached, the Network State would be so decentralized, that it would be too big to fail. Moreover there are around 250.000 high-tech jobs in silicon valley, which is one of the biggest economies in the world. Imagine what economic power a Network State with just 117290 tech-progressives would have.

Now you might still have some more questions: Who are the people needed to build such a self-sustaining community and how does the Network State earn money, do they just export the food from the farm?

The first question is very difficult to answer, as there are many different possibilities. The persona is definitely the tech-progressive, but the skills will vary by purpose and location of the Network State. It would be more informative if you just emerge in the worldbuilding blog, the members have extensively answered questions like this before.

Now you might still have one more question: What about the self-sustaining part, a big part is agriculture and physical work, no tech-progressive will want to do that…

Well, its software and knowledge that the 1729 Network State is known for - robots will play a big part in it. Instead of us writing about it, watch this video. This is a potential future vision of a tech-progressive citizen from the 1729 Network State running one of the self-sustaining farms in a Russian location. 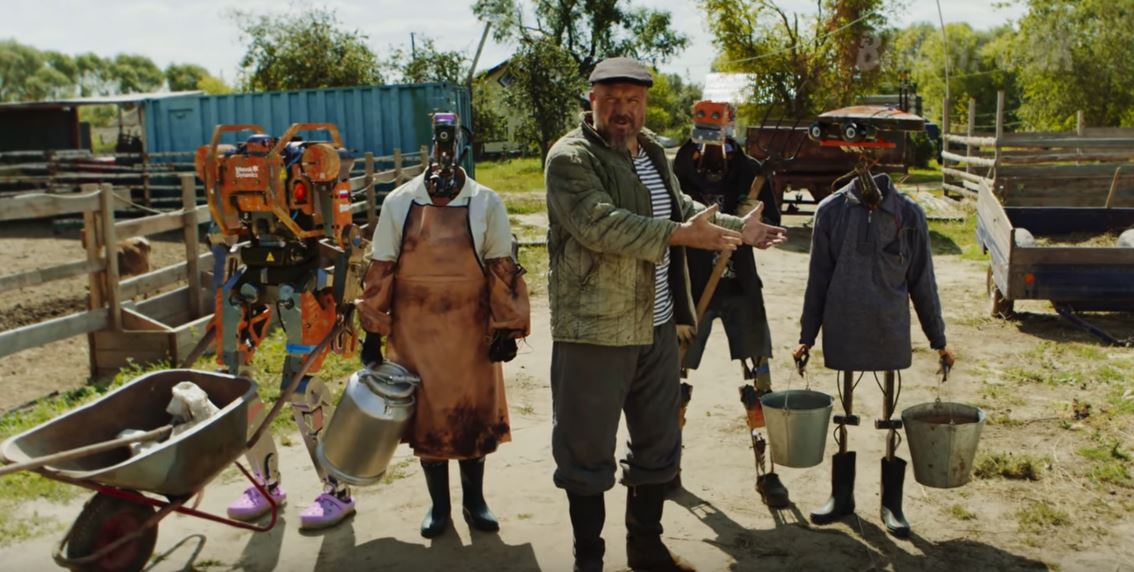 Even though this was meant as a joke, something similar will definitely be possible. But how can we be so sure? Well, we are not. There are still a lot of questions to be answered. This is also what the next post will be about. In the next post we look at the main hypothesis and trends that will increase the likelihood of such a Network State becoming reality.